From a man who cheated death 7 times and then won the lottery to a man that saved a baby that fell out a window twice, we count 12 amazing coincidences too strange to believe. In the 1930’s, a man named Joseph Figlock from Detroit was walking down the street when a baby fell out of a window from the building above and landed on top of him. Both Figlock and the baby were unharmed and the mother was extremely grateful that Figlock had just saved her child’s life.

One year later Figlock was again out walking along the same street when the same baby fell onto him from the same window. As before, both Figlock and the baby were unharmed and the mother was once again, very grateful. When the makers of the film The Wizard Of Oz, were designing the costume for the fortune teller, Professor Marvel they wanted to make him look as though he was down on his luck. Costumers hunted around and eventually found an old tattered coat in a thrift store that would work perfectly.

Whilst filming, Frank Morgan, the actor who played Professor Marvel noticed there was someone’s name written on the inside of the jacket. It was L. Frank Baum, the same name as the author of The Wizard Of Oz! Thinking it was a joke, the crew contacted Baum’s widow and the tailor who made the jacket. They both confirmed that the jacket did indeed belong to the author!

Frank Morgan played four other characters in the film besides Professor Marvel – the Gatekeeper at Emerald City, the coachman, the guard who refuses to let Dorothy see the Wizard and of course the Wizard of Oz himself. 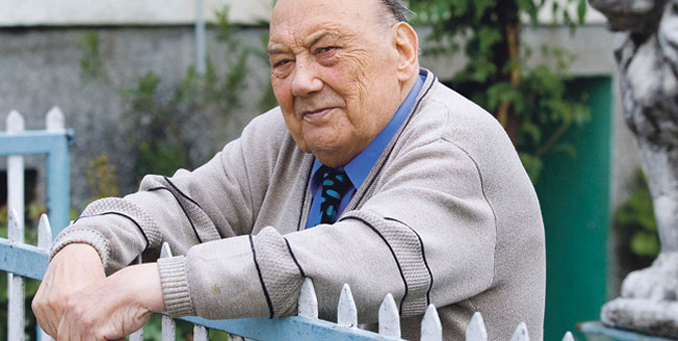 In January, 1962 Selak was aboard a train that derailed and plummeted into an icy cold river. 17 passengers died but Selak was pulled to safety suffering little more than a broken arm and hypothermia.

The next year, whilst on his very first plane flight a door malfunctioned and he was sucked out of the aircraft. He woke up in a hospital after being found unconscious in a haystack. The plane crashed, killing 19 people.

3 years later, Selak was aboard a bus that skidded of the road and into a river. 4 passengers drowned but Selak managed to swim to shore with only a few cuts and bruises.

In 1970, his car caught fire and he managed to get out just before it blew up. 3 years later, he was singed by flames that shot through the air vents of his new car caused by a malfunctioning fuel pump. He escaped with only the loss of his hair.

In 1995, He was hit my a bus but received only minor injuries.

In 1996, he swerved into a guardrail to avoid a head on collision with a truck. The guardrail gave way and Selak was ejected from the car. He managed to grab hold of a tree as his car fell 300 feet into the gorge below, exploding in a ball of flames.

Then, shortly after his 73rd birthday in 2003, Selak bought a lottery ticket for the first time in 40 years. He won US $1.11 million dollars! In 1914, a German mother photographed her son and took the plate to a store in Strasbourg to have it developed. World War I soon broke out across Europe and she was unable to return to the store to get the photograph. She moved to Frankfurt and two years later she decided to purchase another photographic plate. This time to take a photo of her newborn baby daughter. In the 1920’s American writer Anne Parrish was browsing through a bookstore in Paris. She came across the book Jack Frost and Other Stories. Parrish turned to her husband telling him how much she had loved this book when she was a child. Her husband opened the book and discovered that there was writing on the inside. It said Anne Parrish, 209 N. Weber Street, Colorado Springs. It was the same copy that Parrish had owned as a child! At 7:25 pm on Wednesday March 1st, 1950, an explosion destroyed the West Side Baptist Church in Beatrice, Nebraska. Choir practice was due to start 5 minutes before the explosion yet none of the 15 members were inside the church. They were all running late!

Two members of the choir had car trouble. One overslept from a nap. One was writing an important letter and another simply lost track of the time. One was helping her mother and the Reverend and his family were late because his wife had to iron their daughter’s dress at the last minute. Other members had no specific reason why they were late at all, they just were.

If anyone was inside the church when it exploded they would have surely been killed.

It was the first time that all choir members had been late at the same time.