From the lie that all dinosaurs were cold blooded to Ben Franklin discovering electricity with a kite, we count 10 lies you were taught as a child.

10. Gladiators Fought to The Death Hollywood has played a large part in perpetuating this lie but the truth is that Gladiators in the Coliseum barely ever fought to the death. The last thing a promoter wanted was to have one of his prized gladiators die in combat as they cost so much to train, house and feed. It is thought that combat trainers may have actually taught the gladiators how to wound their opponent rather than kill them. The gladiators themselves may have even intentionally avoided delivering fatal blows to their opponents. Gladiator contests were also held under fairly strict rules. Referees oversaw the fights and most likely stopped it if one of the combatants was seriously wounded.

Gladiators also rarely fought against wild animals. It was too dangerous for the gladiators and too costly for the promoters.

9. Chameleons Change Colour To Camouflage Themselves Chameleons do use their abilities to help blend in with their surroundings but scientists believe that camouflage may not be the primary reason chameleons change colour. Some chameleons change colour to attract a mate, signal aggression or even signal defeat in a fight. Some even turn a darker colour in the morning to help absorb more heat from the sun’s rays. The Smith’s dwarf chameleon is also known to adjust its colours based on the visual capabilities of specific predators.

The chameleon’s ability to change colour is due to its skin. The outer layer is pigmented while underneath is a layer of cells that contain guanine crystals. The chameleon can change the colour of its skin by adjusting the space between the crystals, thus changing the wavelength of light reflected.

8. Australia Was Discovered by Captain Cook If you were a child who went to school in Australia prior to 1990 you were more than likely taught that Australia was discovered in 1770 by British explorer Captain James Cook. Turns out, it was a complete lie!

Firstly, the continent was already inhabited by Aboriginals who first arrived from Southeast Asia between 40,000 and 70,000 years ago. Captain Cook wasn’t even the first European to discover Australia. Dutch navigator, Willem Janszoon landed in Australia in 1606. During the 17th century, 29 other dutch sailors explored the western and southern coasts of Australia. Indonesian fishermen also visited the coastline of Australia some 50 years prior to Captain Cook’s arrival. They would harvest sea cucumbers from the local waters and sell them to Chinese markets.

7. Van Gogh Cut Off His Own Ear Everyone has heard the tale of how famous post-impressionist painter Vincent Van Gogh cut off his own ear after a fight with a French artist named Paul Gauguin. A man who Van Gogh was deeply infatuated with. However, this may not have been what actually happened.

On the 23rd December, 1888 Gauguin told Van Gogh that he was returning to Paris after the two had spent time together in the South of France. Van Gogh, who was mentally ill at the time, became enraged. Some historians believe that Gauguin, who was proficient at fencing may have actually cut Van Gogh’s ear off with a sword as an act of self defence. Gauguin left the next day and they never saw each other again but prior to his departure the two had discussed maintaining a ‘pact of silence’ over the incident. In a letter Van Gogh later wrote to Gauguin he said “I will keep quiet about this and so will you.” 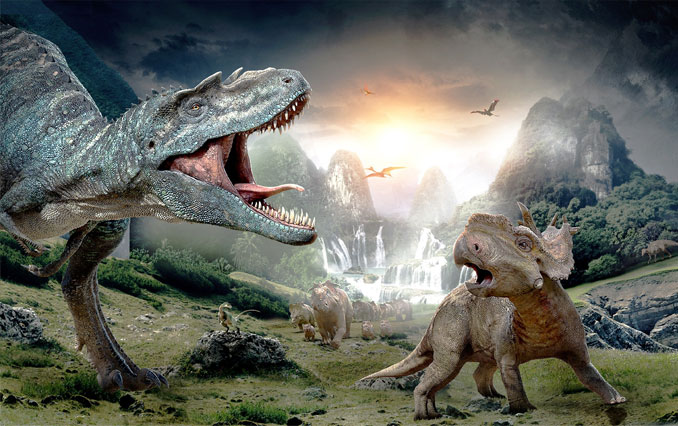